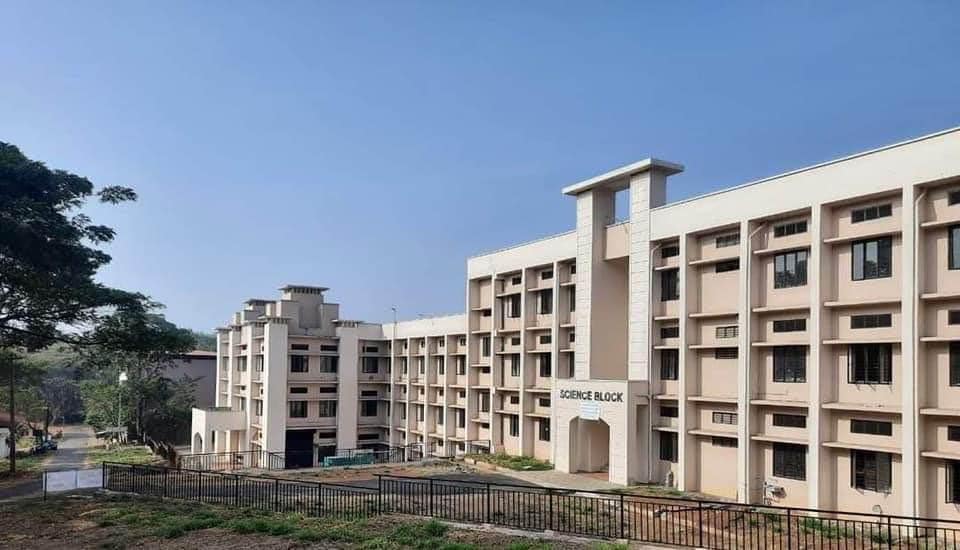 Sree Neelakanta Government Sanskrit College, one of the seven First Grade Government Colleges in Kerala, was founded in 1899 by the renowned Sanskrit scholar Punnassery Neelakanta Sarma. The College is located in the town of Pattambi, Palakkad Dt and is easily accessible by bus and train. There are more than 1,300 students, mostly hailing from the lower echelons of society. The college has 11 Under Graduate Programmes, 6 Post Graduate Programmes and 4 Research Departments. One fourth of the teachers hold doctoral degrees and many are on the way. The College is committed to the welfare of the student population and the society and every possible measure is taken to realize the target.

A modest inception, surprising turns, daunting crises and phenomenal growth—perhaps this is the shortest, if not the best, way to describe the story of the college. In 1889, Sri Punnasseri Nampi Neelakanta Sarma founded a Sanskrit school in Perumudiyoor, a sleepy hamlet near Pattambi, to popularize the classical language. Arguably, it was the natural extension of Vijnanacintamani, a monthly he had started two years ago with the same intention. In fact, he went out of the way to get a printing press installed in his residential premises, a feat unthinkable for most of his contemporaries and quite unheard of in the vicinity. The journal, however, was to have a checkered existence, for understandable reasons. Often Sarma had to pay from his own pocket to bail out his pet project and would find himself impoverished in the fag end of his eventful life. The school, though stationed in British Malabar, was more a guru kula than the familiar structure of formal education and drew disciples from all over the princely states of Malabar, Cochin and Travancore, largely transcending the restrictive agency of community. The splurge in number of disciples called for a school of more regular and formal nature. As in the case of the aforementioned journal, the school too made many holes in his wallet. Much later, due to the incessant and concerted appeals, the government allowed a grant for the run and upkeep of the school. Though the amount sanctioned was meager, Nampi remained unfazed and plodded along in his mission to take Sanskrit to every nook and cranny of the society. Combining his innate energy with the aspirations of a people, he pressurized the Madras Government to elevate the school to the status of a college. Eventually the University of Madras, gave affiliation in 1911, and the school came to be rechristened ‘Central Sanskrit College’.

The college imparted training for ‘Vidwan’ and ‘Siromani’ titles, roughly the equivalent to present graduate diploma. The institute attracted students from far and wide. In due course of time, the Central Sanskrit College became the hub of scholastic debates and is reputed to have spawned as many as thirty-five institutions dedicated to the cause of Sanskrit. Sri Punnasseri Nampi Neelakanta Sarma steered the institution to greater glory as the Principal for twenty-five years, until his senile demise in 1935. After Sri Nampi’s death, the college was in a shackles and faced doldrums in the absence of a pioneering and visionary leasdership. After a spell of management by alumni and general public, the college was taken over by the Malabar District Board in 1957 and was passed into the hands of the first Government of Kerala the following year. Once a state-owned college, its history was to change for ever, beyond recognition. From a college with limited aims, ambitions and resources, the institute progressed into a multi-faculty college by offering programs in arts, science and commerce. Degree courses in Sanskrit, Malayalam and Economics were launched in 1966-67, with affiliation of the University of Kerala. In 1968-69, postgraduate programs courses in Sanskrit and Malayalam were also started. Pre-Degree courses in Science and History (Groups I,II,III) and new degree course in economics (Pattern II) were started in 1969. Hindi and Malayalam were introduced as second languages. A college Co-operative society was registered in November 1975 to cater to the needs of students and teachers. In 1979, the postgraduate departments of Sanskrit and Malayalam got recognition as Research Centers of the University. It was a defining moment in the history of the college in every sense of the expression. In 1993 the institution was upgraded as a “Centre of Excellence” by the Government of Kerala. In 1997, ‘Centre for Oriental Research and Computer studies’ was inaugurated by the then Vice-President of India, Sri. K.R. Narayanan.  Later in 2012 Dept. of Chemistry and in 2014 Dept. of Botany became recognized Research Centers of Calicut University. Now the college has 11 Under Graduate Programmes, 6 Post Graduate Programmes and Four Research Departments.  The college has a well-stocked library, active units of NCC and NSS, Career Guidance Cell, Counselling Cell, Anti-Ragging Cell, Anti-Harassment Cell, Entrepreneurship Development Club, Film Club, Nature Club and Tourism Club. To help teachers and students fare better in their academic odyssey, the college offers central computers facilities, internet browsing, printouts and photocopying unit.

The Peer Team of members of the NAAC visited the college on 11th, 12th & 13th December 2012 and accredited the college with ‘A’ Grade. The college has celebrated its centenary in 2011. This excellent monument of education is still racing in the path of progress and craving for infrastructural and academic development.